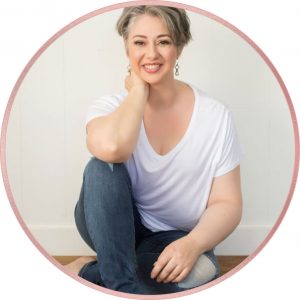 Taryn Claire grew up in South Africa as the bossy older sister of four girls, moving to Australia at the end of high school and going on to study a Bachelor of Management at James Cook University.

When she met her Beloved, a GP, at age twenty, they moved to Perth, followed by a rural medicine quest to Exmouth and Tasmania, landing back in Queensland to have a family.

After her eldest son was diagnosed with cancer at age three, her interests radically expanded to include nutritional health and spiritual wellbeing.

Taryn Claire went on to study forensic healing, became a Tibetan and Usui Reiki Master, did a raw chef course and developed a strong interest in all things psychic and mediumship. She has been working as an energy and spiritual consultant in Townsville, helping people connect to their spiritual side.

Both Taryn Claire and her husband work in health but on opposite ends of the spectrum, balancing each other out beautifully.

Taryn Claire’s own discovery, diagnosis and dance with cancer opened her eyes further into a world that she thought she already knew as ‘that mum of a kid with cancer’.

Taryn Claire evolved into sharing her learnings openly with friends and strangers alike in a bid to empower mindsets of both those diagnosed and their support teams.

Taryn Claire is passionate about connecting women to their higher selves, to guide them confidently through the rugged terrain of trauma with a focus on Mindfulness&Meditation.

Taryn Claire is focussed on Normalising&Breaking down barriers, talking Openly&Honestly about her experiences.

Taryn Claire educates women to better support each other during a diagnosis with an empowering mindset from a space of love, not fear.

Her wish is that women enter their diagnosis knowing themselves, asking the right questions, standing up for themselves and giving themselves a voice to ask for what they want so they get the best health outcomes.

We're not around right now. But you can send us an email and we'll get back to you, asap.